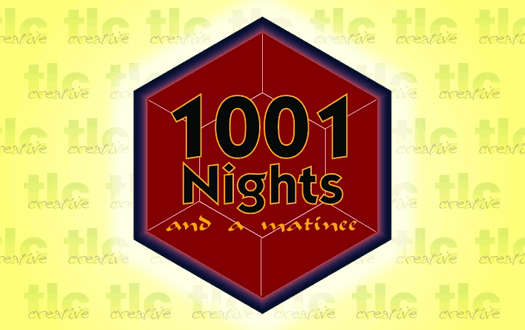 Adapted from the play by David Lovesy and Sean McDermott.

There’s trouble brewing in old Baghdad! Unless the Princess marries before her 21st Birthday, the evil Vizier will take control of the city!

Things look grim… but hang on! A posse of would-be heroes are here to save the day! The love sick Ali Barber (who pines for the Princess), his dim-witted brother Singbad the sailor and his fearsome mother, Dame Barber are ready to intervene and foil the villain’s fiendish plot.

They are helped along the way by their pal ‘Bob’ (a lad with a secret), a pantomime camel named Humpy and a lady Genie who has been stuck in a magic ruby for far too long!

Music, songs and laughter combine to produce entertainment for all the family!

Also available with this script as an optional extra: Rehearsal arrangements for the original songs from the show, available to purchase from Lazy Bee Scripts.

Licensing: This script is published through Lazy Bee Scripts. To read the whole script online and to make an application to perform the show please visit Lazy Bee Scripts. Performance rights include a set a original songs written especially for this production.
Lazy Bee Scripts
‘1001 Arabian Nights’ went down well and appealed to a really wide ranging audience – from 6 year olds to 60 year olds! One of the things we like about your scripts is that they are family friendly – a key factor for us in a school with 50 plus nationalities and a number of different belief systems. We really strive to keep them clean, as it were, and yet still appeal to elementary, middle and high school children and their parents! Keep ’em coming!
International Community School, Ethiopia
What a wonderful script! The entire cast laughed their way through rehearsals. The parts are well balanced in terms of number of lines no one character has to carry the whole thing – which made it easier for both our more experienced cast and our first performers.. And it’s so great to be able to add and or alter bits.
One of the wittiest we’d ever read. It had a strong story line and a great resolution in Act2 sc5. The dialogue was easy to learn and the number of characters was just right for a small group such as ours. There was plenty of visual as well as verbal humour so there was something to be enjoyed by everyone from tiny tots to grannies and granddads. General concensus of the cast was that it was a pleasure to perform!