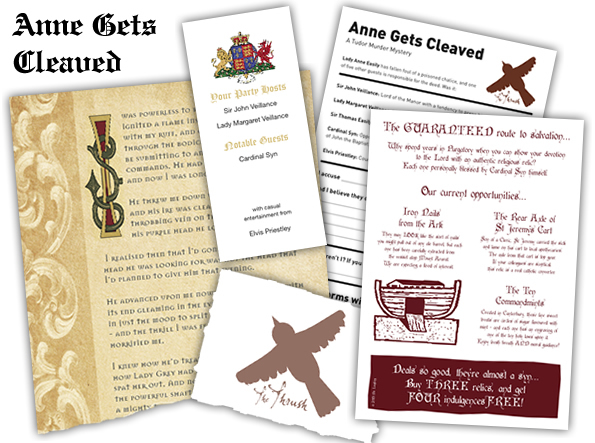 The year is 1526 in the reign of King Henry VIII. The king is on tour, and his arrival at a manor house is eagerly anticipated.

A chance to meet the monarch means that there is a palpable sense of excitement, but the talk on everyone’s lips is of The Thrush, a deadly assassin whose recent murders have cast a long shadow. As the evening progresses and the King has not arrived, tempers fray, until one of the party falls victim to poison – and on the body is found the assassin’s trademark calling card!