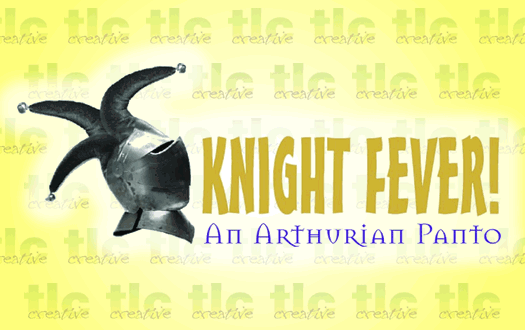 The fair kingdom of Camelot is under threat from the evil Black Knight, and King Arthur, his knights and the magician Merlin seem unable to avert disaster!

But brave Justin, a humble stable boy with dreams to become a Knight of the Roundtable is quick to step into the breach. With the help (or should that be hindrance!) of Lester the court Jester and Dame Doris, he sets off on a quest to free a princess and save the kingdom from disaster.

Also available with this script as an optional extra: Rehearsal / performance arrangements for the suggested songs from the show by Sound-Board, available to purchase from Lazy Bee Scripts.

Licensing: This script is published through Lazy Bee Scripts. To read the whole script online and to make an application to perform the show please visit Lazy Bee Scripts. Included with the script is a set of new lyrics to popular songs written especially for this production.
Lazy Bee Scripts
‘Knight Fever!’ was an excellent all-round script with plenty of scope to bring the characters to life through actions as well as words.
Potty Panto Players