thecentre:mk, a huge shopping centre in Milton Keynes with over 230 retail outlets have used us to write and record scripts used in their annual Christmas Displays. Each display ran for just under 2 months and was a themed, free attraction, featuring dioramas, animatronics and a Santa’s grotto, viewed by hundreds of thousands of shoppers each year.

2008: Wizards. We scripted and recorded a series of tales for an animatronic wizard and a talking tree for a magically themed Christmas display. Other deliverables included themed tannoy announcements, backing sound effects for a number of scenes and creative input into display design and look. The display was visited by an estimated 3.8 million shoppers in November and December 2008!

2007: The Wind in the Willows. We wrote and recorded three tales for an animatronic Badger who recounted stories of Toad’s adventures. Soundtracks of backing ambient sound effects with randomised character chatter were devised for other related scenes.

2007: Harry Potter. To celebrate the publishing of the final instalment in the Harry Potter books we appeared as costumes characters from the Ministry of Magic to entertain the crowds queuing until midnight to be the first through the doors to pick up book copies of ‘Harry Potter and the Deathly Hallows’

2006: Peter Pan. We devised two 10 minute scripts for an animatronic Captain Hook who burst into life every 20 minutes to harangue the crowd and berate Peter Pan and his lost boy friends. We also recorded two routines for a pair of animated pirate bears located at the other end of the shopping centre, who told pirate jokes and sang songs.

We supported all the displays by arranging teams of performers in costume to attend the opening ceremonies and provided entertainment for the crowds on a number of dates during the life of the displays.

The soundtracks were recorded at Sound-Board. 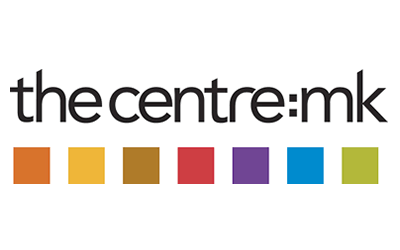 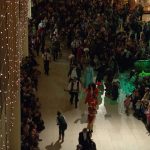 Wind in the Willows Xmas

TLC Creative devised, wrote, performed and recorded the audio scripts for two completely different animatronic shows which were an important part of our Christmas Display at thecentre:mk this year. The display has received national acclaim and it is important to us that every element of the show reaches the same high standards. TLC worked closely to the brief but added some real creative flair to produce scripts which worked exceptionally well for young and old alike. With completely original scripts they then performed and recorded these, with the assistance of Sound-Board Productions, and we were delighted with the exceptionally high production values. TLC have been both highly creative and very professional and I would not hesitate to recommend them.
Jackie Tracey